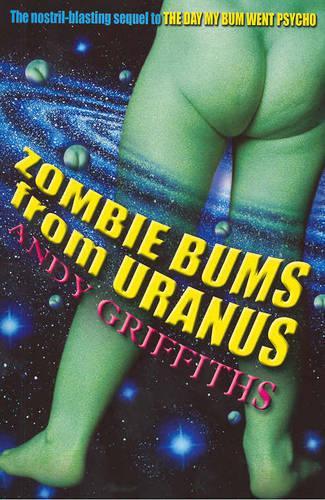 Zack Freeman is back … and so is his crazy runaway bum.But this time they’re not fighting each other-this time they’ve joined forces to save the Earth from the most serious threat it has ever faced: an invasion of zombie bums … zombie bums from Uranus.Join Zack, his bum, Eleanor, Silas Sterne, the Kicker, the Smacker, the Pincher, the Forker, the Flicker and the Mutant Maggot Lord in the heart-stopping, nostril-blasting, Zombie-Bums-from-Uranus-filled sequel to The Day My Bum went Psycho.Zombie Bums From Uranus - another story that you and your bum will never forget.- The publication of Zombie Bums From Uranus is a significant event in the life of anyone aged 9 to 12 years old! It will be supported by a high-powered marketing campaign including television advertising and eye-catching posters and dump bins. Publicity will include an author tour to major cities and support from television and major newspapers.