Here for the Right Reasons 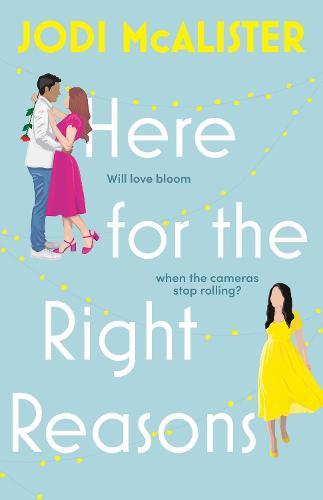 Here for the Right Reasons

When Cece James agrees to be cast as a ‘Juliet’ on the next season of the hit television show Marry Me, Juliet, it’s certainly not for the right reasons. She’s knee deep in debt and desperate for the associated paycheck. The last thing on her mind is the hunky ‘Romeo’ waiting for her at the end of the gravel driveway.

But Dylan Jayasinghe Mellor isn’t your usual fame-hungry TV star. An Olympic gold medallist with calloused hands, kind eyes and a propensity for panic attacks, it turns out he’s not here for the right reasons either. As spokesperson for a men’s mental health foundation, and the franchise’s first non-white male lead, Dylan’s got a charity to plug and something to prove.
When Cece gets eliminated on the first night, it seems like her and Dylan’s awkward first meeting will be their last conversation. But when the TV set is shut down unexpectedly, Cece and Dylan suddenly get a little more time together than they’d expected.
Will love bloom when the cameras stop rolling?
$19.99Add to basket ›