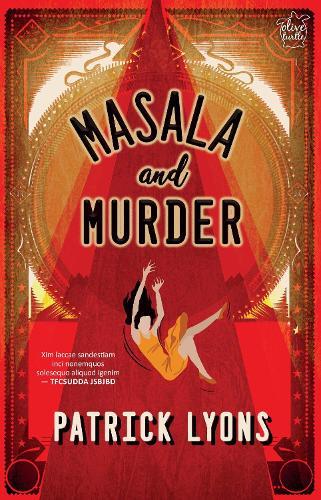 TIMES ARE TOUGH FOR SAMSON RYDER. a Melbourne-based, Anglo-Indian private investigator who likes his facts cold and his curries hot. A secret guilt over the death of his sister has left him guarded and closed, costing him his relationship with his girlfriend, his parents and his faith. When a wealthy Indian industrialist engages him to investigate how his daughter, a rising Bollywood starlet, died on a location shooting in Australia, Samson treats it as easy money. After all, the police had ruled out foul play. He soon comes to realise that this is also his opportunity for redemption, to help a family find the answers to their grief, the answers he couldn’t give to his own parents. To uncover the truth, Samson goes back to the city of his birth, Mumbai and teams up with Mabel, his interpreter, Godmother and second-best cook in the world. Together, they prise off the glittering mask of Bollywood and unveil an industry where friendships are fickle, affairs are currency, black magic and curses are rampant and hidden dangers lurk all around. Will Sam uncover the truth or will he be the next victim?