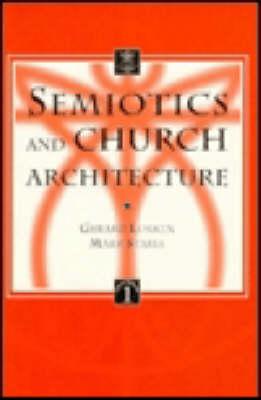 In recent decades semiotics has succeeded in establishing itself as a discipline with international recognition. As a discipline specifically devoted to the study of signs and sign systems, it is relevant to the discipline of theology, working as it does with verbal and non-verbal signs. Since 1976 Semanet, a Dutch study group, has applied Greimassian semiotics to linguistic theological statements. More recently, Gerard Lukken undertook the analysis of church buildings. It was at that stage that Mark Searle joint Semanet during a sabbatical leave. He applied the analytical method to a particular church: SS. Peter and Paul in Tilburg, which is of interest both as a representative modern church and as a particularly intruiging object for semiotic analysis. The book shows how Greimassian semiotic theory as it relates to architecture was developed into a usable method for analysing particular church buildings and then demonstrates how such an analysis might be conducted. The book contains numerous full color reproductions. Gerard Lukken (1933) is professor of liturgy and sacramental theology and director of the Liturgical Institute at the Theological Faculty of Tilburg. He studied at the Diocesan Seminary in Haaren, the Pontificia Universita Gregoriana in Rome, and the Institut Superieur de Liturgie in Paris. Mark Searle (1941-1992) was associated professor of pastoral liturgy at the Notre Dame University in Notre Dame (Indiana, USA). He studied at the Franciscan House of Studies in East Bergholt (United Kingdom), the Institut Superieur de Liturgie in Paris, the Liturgisches Institut in Trier and the Pontificio Ateneo di Sant'Antonio in Rome.