The Consul: An Insider Account from Australia’s Diplomatic Frontline 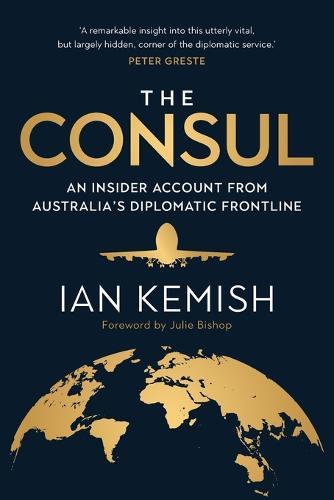 The Consul: An Insider Account from Australia’s Diplomatic Frontline

An absorbing insider’s account of leadership and service within Australia’s Consular service, through tumultuous events including the September 11 attacks, the Bali bombings and the Boxing Day Tsunami. As head of Australia’s consular service, Ian Kemish played a central role in the nation’s response to some of the most dramatic events of the early twenty-first century, including the September 11 attacks and the Bali bombings. He led the small band of Australian consuls as they confronted the new challenges of global jihadism, supporting families who lost loved ones, and negotiated the release of Australians unjustly detained abroad. In The Consul, Kemish offers a unique and personal perspective on Australia’s foreign affairs challenges of the last two decades, from hostage diplomacy to the political sensitivities of repatriating Australians abroad. This timely and engaging book also asks us to consider how world events have changed the way we travel now and in the future.