Walking Through Battles on the Bay: A novel inspired by true stories honoring military families 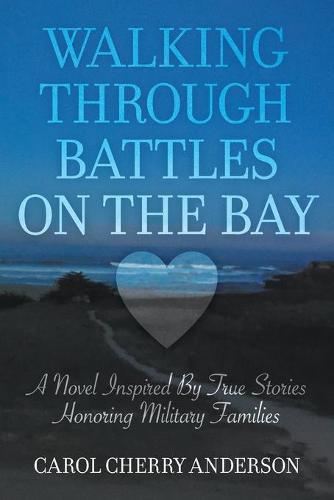 Walking Through Battles on the Bay: A novel inspired by true stories honoring military families

Walking Through Battles on the Bay tells the fascinating stories of several Vietnam vets and their families who retire in the Monterey Bay area. Set in 2002, America is still under stress from the 9/11 attacks. The vets include Craig, who settles down with his wife, Lisa. Kristy is their outspoken, determined daughter. Although she once had a strong faith, she lost it while in college. She couldn’t even pray for loved ones, including her severely ill mother, her father who ended up in jail, and her war correspondent boyfriend, Tim, who was captured by the Taliban. The vets take on causes including trying to protect an iconic cross that has stood on a hill in the San Francisco Bay area for years. Protesters started vandalizing it since it stands on public ground. Violent fights break out, leaving one of the vets seriously injured. Another plight they take on is trying to change sanctuary city laws, which few people knew about at that time. They jump into action when an innocent family is harmed during a home burglary. Other vets' true stories tear at the heart as the families learn to adapt to civilian life. Who will find faith and love again? About the Author: Carol Cherry Anderson earned degrees in educational psychology and journalism from Cal State University. Her careers included being a reporter and working as a college and career counselor. Named Reporter of the Year, she is now retired. The author and her husband Charles, who is also her technical support person, live in Bella Vista, Arkansas.