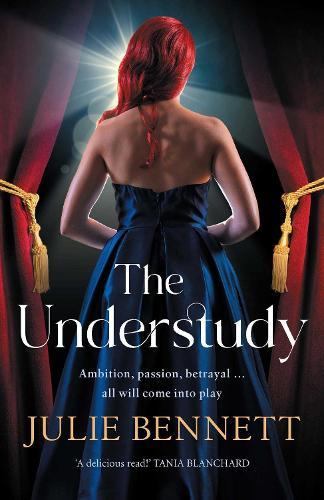 Immersed in the underbelly of the theatre world in the gritty streets of Sydney in 1973, this addictive debut will have you wondering just how dangerous ambition - and love - can be. Perfect for fans of Taylor Jenkins Reid and Fiona McIntosh. It’s opening night. The stage is set, the houselights have dimmed and the handsome male lead is waiting. This is your time. Your chance to prove you are so much more than the understudy. You have worked so hard and would have done almost anything to get here. But not what they are accusing you of - never that. It’s simply bad luck that Australia’s darling of opera has gone missing, throwing the spotlight on you just as the whole world is watching history in the making. But the show must go on and it’s all down to you. Take a deep breath and get ready to perform the role of your life. Praise for The Understudy ‘A delicious read! A fascinating glimpse into the glamorous world of opera where innocence and betrayal is set against the seedy underbelly and glorious splendour of Sydney and the opening of our very own opera house. You’ll never see the twists and turns as the layers of this intriguing mystery begin to unfold.’ Tania Blanchard, author of The Girl from Munich ‘Julie Bennett’s The Understudy is the best kind of historical fiction: a powerful love story blended with a mystery that keeps the reader guessing. Bennett relives the opening of the fabled Sydney Opera House in all its glory, while describing the underbelly of opera and the machinations that carry on backstage. A stunning debut that will have book clubs talking!’ Anita Abriel, author of The Light After War ‘A heady, genre-bending drama about ambition, performance, love, betrayal and passion … a delight to read … There is a cast of wonderfully interesting characters, like an Agatha Christie novel, some with richly drawn backstories and some remaining infuriatingly enigmatic … An enjoyable and page-turning read.’ Cass Moriarty, author of The Promise Seed ‘The Understudy takes us back to a time of change and growth in Australia; its operatic characters feel, sing and live with passion and intensity. The story of two opera singers, twenty years apart, gives us both triumph and tragedy, that bittersweet tone which stays with you for a long time. So evocative you can smell the scent of Sydney Harbour - and the then-mean streets of Woolloomooloo.’ Pamela Hart, author of The Charleston Scandal ‘The Understudy is a sexy, page-turner of a novel, full of intrigue, secrets and ambition set during the opening season of the Sydney Opera House in 1973. Julie Bennett has woven a spell that will entice the reader in and won’t let them go. Brava!’ Mary-Lou Stephens, author of The Last of the Apple Blossom