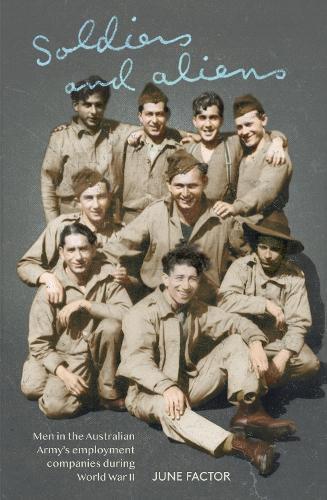 Four thousand Australian soldiers in World War II who signed up for service were never to fire a weapon. Their work was essential for the war effort, but they were ‘aliens’ - non-British subjects - many born in other countries.
Scholars and peasants, musicians and factory workers, communists and royalists, Jews and Catholics, animists and atheists, they all laboured under standard strict Army regulations, living in tents and huts, loading and unloading trains, working the wharves, cutting timber and transporting goods. They raised money for good causes, gave public concerts and staged theatre performances. And every day they feared for loved ones caught up in the horror of occupied Europe and Asia. They were a multicultural force in the Army long before the term ‘multicultural’ was coined.
Largely forgotten, their contribution to Australia during World War II makes for an engrossing story and provides new insights into a critical period of Australian history.
$39.99Add to basket ›