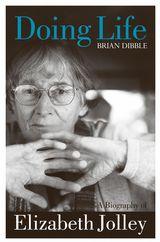 Although she started writing early in life it was not until her fifties that Elizabeth Jolley received the recognition her talent deserved. She won The Age Book of the Year Award on three occasions as well as the Miles Franklin Award. She has won the Western Australian Premier’s Prize for both fiction and non-fiction. Elizabeth Jolley is one of Australia’s most acclaimed authors and has been awarded an honorary doctorate (Hon. D. Tech.) from the Western Australia Institute of Technology (now Curtin University) and an Order of Australia Medal. The array of wild characters in her fiction-misfits and those on the edge of society-can also be found in her remarkable life. Brian Dibble was given complete access to the writer’s private papers and has spent more than a decade travelling the world to write this lyrical and readable biography.

END_OF_DOCUMENT_TOKEN_TO_BE_REPLACED

The Newspaper of Claremont Street