A Short History Of Europe: From Charlemagne to the Treaty of Lisbon 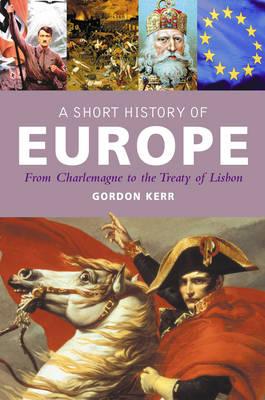 A Short History Of Europe: From Charlemagne to the Treaty of Lisbon

What is Europe? Firstly, of course, it is a continent made up of countless disparate peoples, races and nations, and governed by different ideas, philosophies, religions and attitudes. Nonetheless, it has a common thread of history running through it, stitching the lands and peoples of its past and present together into one fabric. This narrative is welded together by the continent’s great institutions, such as the Church of Rome, the Holy Roman Empire, the European Union, individual monarchies, trade organisations and social movements. At times they have prevented anarchy from destroying the achievements of the many great men and women the continent has produced. At other times, of course, it is these very institutions that have been at the heart of the war and strife that have threatened to reduce Europe to ruin on numerous occasions. Europe, however, is also an idea. For millennia, men have harboured aspirations to make this vast territory one. The Romans came close and, centuries later, ambitious leaders such Napoleon and Adolf Hitler would overreach themselves in their attempts to create a continent-wide Empire. Now, as the European Union increasingly assumes control of the interests and issues of its members, Europe is closer than ever to being one entity, although that path is, as ever, fraught with problems and crises.