Gotcha: Life in a Tabloid World 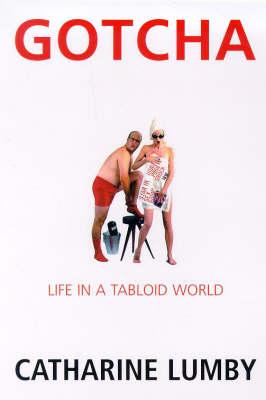 Gotcha: Life in a Tabloid World

This volume examines the modern culture of voyeurism and asks: why are we such relentless voyeurs?; what role do celebrities play in our culture?; what is the future of traditional news and current affair media?; where do we draw the line between information and entertainment?; and what kinds of stories is it proper to make public? All these questions are under discussion across the western world. They are raised whenever a fresh expose hits the news and journalists divide their time between dutifully reporting the story and wringing their hands over whether it is right to report on the story at all. The author looks at how the vast quantity of information and images thrown up by popular culture and the media has radically altered the public sphere since the late 1960s. She argues that the old distinctions between the quality and the tabloid media are redundant and that tabloid journalism long ago moved out of the margins and into the mainstream. A key element of this shift is the collapse of traditional distinctions between entertainment and information. The book explores the meaning role and future of journalism in a broad range of media, including commercial current affairs, talk shows, talkback radio, women’s magazines and broadsheet newspapers. It looks at how and why these formats have changed and argues that we need to find new critical and ethical frameworks if we want to have a meaningful and realistic debate about living with popular culture.