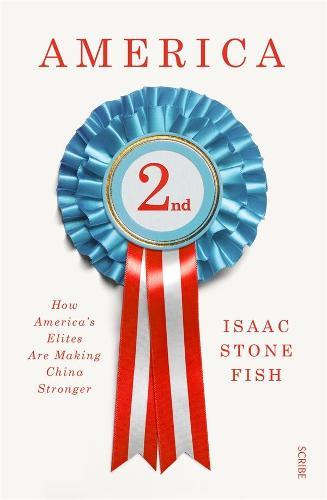 The past few years have seen a shift in the relations between China and the United States, from enthusiastic economic partners, to wary frenemies, to open rivals. Americans have been slow to wake up to the challenges posed by the Chinese Communist Party. Why did this happen? And what can be done about it?

In America Second, Isaac Stone Fish traces the evolution of the Chinese Communist Party’s influence in America. He shows how America’s leaders initially welcomed China’s entry into the US economy, believing that trade and engagement would lead to a more democratic China. And he explains how - despite the fact that this belief has proved misguided - many of the country’s businesspeople and politicians have become too dependent on China to challenge it.
America Second exposes a deep web of Chinese influence in America, built quietly over the years through prominent figures such as former secretaries of state Henry Kissinger and Madeleine Albright, Disney chairman Bob Iger, and members of the Bush political dynasty. And it shows how to fight that influence - without being paranoid, xenophobic, or racist. This is an authoritative and important story, not only of corruption but of misplaced intentions, with serious implications for the future of the United States, as well as for the world at large.
$32.99Add to basket ›