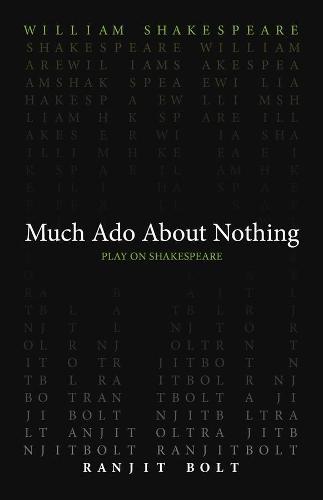 Ranjit Bolt updates Much Ado About Nothing with a merry new translation. In Much Ado About Nothing, a series of miscommunications and misunderstandings spiral out of control, leaving two sets of lovers to untangle their words and their hearts. Ranjit Bolt, an accomplished translator, takes on Shakespeare’s well-loved comedy to update much of the obscure language while maintaining the humor, characterization, and wit that audiences know and love. For modern readers, Beatrice, Benedick, Hero, and Claudio are just as enchanting as always-and perhaps funnier than ever before. This translation of Much Ado About Nothing was written as part of the Oregon Shakespeare Festival’s Play On! project, which commissioned new translations of thirty-nine Shakespeare plays. These translations present work from The Bard in language accessible to modern audiences while never losing the beauty of Shakespeare’s verse. Enlisting the talents of a diverse group of contemporary playwrights, screenwriters, and dramaturges from diverse backgrounds, this project reenvisions Shakespeare for the twenty-first century. These volumes make these works available for the first time in print-a new First Folio for a new era.