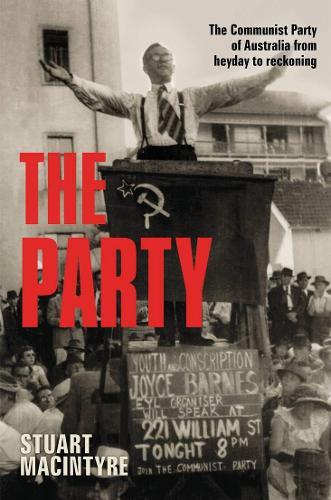 Communism was unlike any other political movement Australia has ever seen. At its peak in the 1940s, unions led by communists could call a strike that paralysed the nation, and communists influenced the highest level of government, and commanded the unswerving loyalty of thousands. It showed working men and women they could have a better life, and gave them the tools to achieve it.

Stuart Macintyre reveals how sources of strength in the party’s heyday became the undoing of the party over the following two decades. Unconditional support for the Soviet model broke down as the horrors of Stalinism were revealed. Public support for the party eroded during a series of strikes, and hostility from mainstream politics and security services took a toll. But for those who remained, the comradeship and intense political engagement are the strongest memories.
The Party is the second volume of Stuart Macintyre’s masterful history of Australian communism.
$49.99Add to basket ›