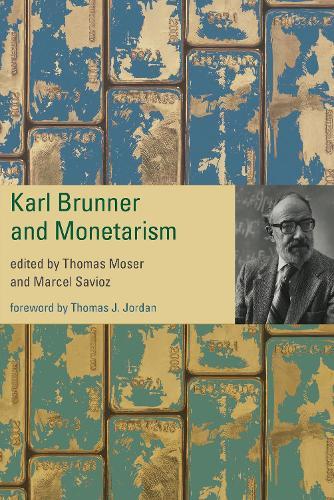 Economists consider the legacy of Karl Brunner’s monetarism and its influence on current debates over monetary policy. Monetarism emerged in the 1950s and 1960s as a school of economic thought that questioned certain tenets of Keynesianism. Emphasizing the monetary nature of inflation and the responsibility of central banks for price stability, monetarism held sway in the inflation-plagued 1970s, but saw its influence begin to decline in the 1980s. Although Milton Friedman is the economist most closely associated with the development of monetarism, it was Karl Brunner (1916-1989) who introduced the term into the current vocabulary of economics and shaped its meaning. In this volume, leading economists-many of them Brunner’s friends and former colleagues-consider the influence of Brunner’s monetarism on current debates over monetary policy. Some contributors were participants in debates between Keynesians and monetarists; others analyze specific aspects of monetarism as theorized by Brunner and his close collaborator Allan Meltzer, or address its influence on US and European monetary policy. Others take the opportunity to examine Brunner-Meltzer monetarism through the lens of contemporary macroeconomics and monetary models. The book grows out of a symposium that marked the 100th anniversary of Brunner’s birth. Contributors Ernst Baltensperger, Michael D. Bordo, Pierrick Clerc, Alex Cukierman, Michel De Vroey, James Forder, Benjamin M. Friedman, Kevin D. Hoover, Thomas J. Jordan, David Laidler, Allan H. Meltzer, Thomas Moser, Edward Nelson, Juan Pablo Nicolini, Charles I. Plosser, Kenneth Rogoff, Marcel Savioz, J rgen von Hagen, Stephen Williamson