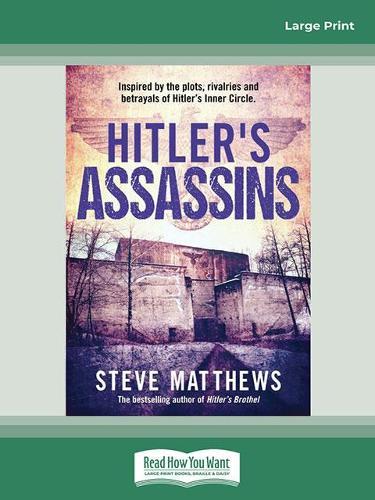 In 1938, as the world spirals towards war, Klara Koch is employed as Hitler’s personal domestic cook. While Germany reveres the image of the Fuhrer, Klara and the household staff are privy to the real Hitler - his secrets, his ailments and his addictions. As Klara observes those circling the Fuhrer, she realises that not all of them are his admirers. Hitler is right to be paranoid. This thoroughly researched and compelling story takes readers right up close and personal with Hitler as he spirals increasingly out of control in pursuit of his drug-fuelled quest for world domination. This novel - the second volume in Steve Matthews' gripping Nazi trilogy - takes you on a journey through World War II in Nazi Germany as seen through Klara’s eyes. It is a uniquely clever re-imagining of Hitler, his inner circle, and the absurdities and contracdictions of his daily life.