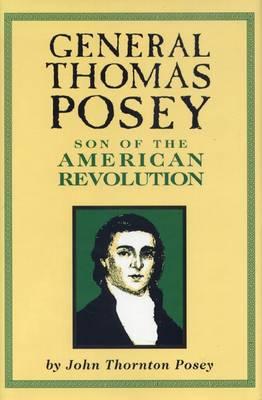 Revolutionary War general Thomas Posey (1750-1818) lived his life against the backdrop of one of the most dramatic periods in American history. Posey, who played a minor role in the actual War for Independence, went on to participate in the development and foundation of several states in the transappalachian West. His experiences on the late 18th- and early 19th-century American frontier were varied and in a certain sense extraordinary; he served as Indian agent in Illinois Territory; as Lieutenant Governor of Kentucky, as U.S. Senator from Louisiana, and as Governor of Indiana during its transition from territorial status to statehood. His biographer speculates on the contrasting influences of Thomas’s ne'er-do-well father, Captain John Posey, and the family’s close friend, General George Washington. Posey’s progress is then followed as he raises his own family in the newly formed nation. Of particular interest is an appendix containing a detailed analysis of evidence available to support popular 29th-century speculation that Thomas Posey was, in fact, George Washington’s illicit son.