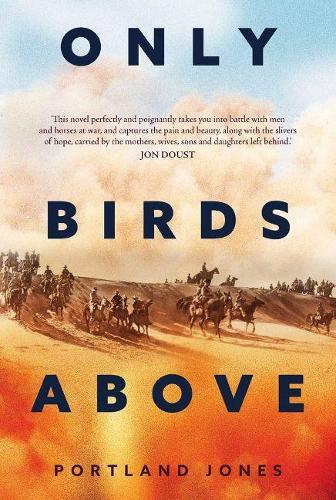 War doesn’t happen just to the solider - its effects and after-effects are felt down the generations.
Only Birds Above by Portland Jones spans two wars and two generations, looking at the lasting impacts of war on the lives it touches.
This is the story of Arthur Watkins, blacksmith, who leaves his beloved young wife Helen to serve with the 10th Light Horse Battalion in the Middle East in World War I. He returns without his horse, a man forever changed by what he has seen and suffered.
Years later, Arthur’s children Ruth and Tom are still feeling the effects of the first war when Tom is sent by his father to work in Sumatra. Tom Watkins is there in 1942 when the Japanese invade and is taken prisoner.
This is the story of two wars that divide and unite a father and son, and all the years that lie in between.
$29.99Add to basket ›