For the Good of the World 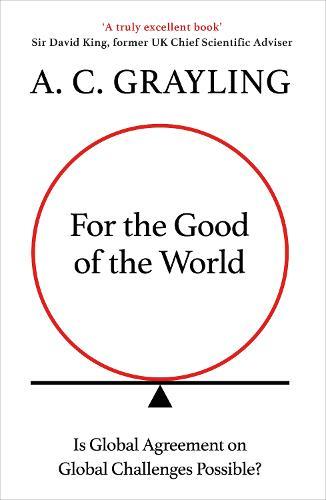 For the Good of the World

Can we human beings agree on a set of values which will allow us to confront the numerous threats that we and our planet face?
Or will we continue our disagreements, rivalries and antipathies, even as we collectively approach what, in the not impossible extreme, might be extinction?
To answer these questions, A. C. Grayling considers the three most pressing challenges facing the world: climate change, technology and justice, acknowledging that there is no worldwide set of values that can be invoked to underwrite agreements about what to do and not do in the interests of humanity and the planet in all these respects.
If there is to be a chance of finding ways to generate universal agreement on how the world’s various problems are to be confronted - at least managed, if not solved - the underlying question of values (together with the problem of relativism) has to be addressed. One part of the answer may lie in toleration and convivencia - the basis of coexistence among Muslims, Jews and Christians in the Iberian peninsula between the ninth and fifteenth centuries CE.
$34.99Add to basket ›