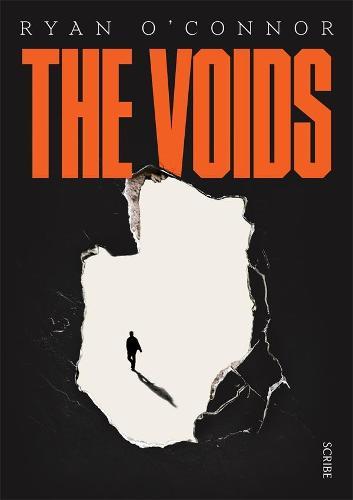 ‘After a couple of weeks, I found myself standing outside the voids in the middle of the night listening for human activity, for any sign of life at all. Voids are flats that have been vacated, that will never be lived in again. But there never were any signs of life. Only the wind whistling through vacant interiors.‘
In a condemned tower block in Glasgow, residents slowly trickle away until a young man is left alone with only the angels and devils in his mind for company. Stumbling from one surreal situation to the next, he encounters others on the margins of society, finding friendship and camaraderie wherever it is offered, grappling with who he is and what shape his future might take.
The Voids is an unsparing story of modern-day Britain, told with brilliant flashes of humour and humanity.

The narrator of this book is one of the last residents of a condemned apartment block in Glasgow. The local council has offered relocation money which has been accepted by most of his neighbours. As the flats are vacated, they become known as the voids and our man uses them for raw materials, finding an assortment of clothing, furniture, photographs and memories. Our unnamed narrator stumbles from drunken debauchery to drug blackout through every page in this book. He somehow keeps his job as a journalist with a local weekly newspaper for months in spite of his almost continuous absence, nor does he ever run out of money despite being robbed and eventually fired from his job. Adding to this mystery is that every woman he meets is unable to resist this derelict’s charms and are compelled into immediate carnal congress.

The Voids is written in a curious combination of journalistic clarity and poetic license and it does give new meaning to the idea of Scottish misery fiction. Though it is occasionally leavened with humour, such as when the narrator needs a suit for a friend’s funeral and finds a gold velvet suit with a ruby red shirt inside a suitcase in one of the voids. In a pocket is a photo of a young couple, one of whom is wearing the suit with a pompadour and 4-inch sideburns: ‘It was like I was dressed in a dead man’s dream and stolen from his grave.’

In other novels that I would compare this to, such as Norman Mailer’s nightmarish American Dream or some of the J. P. Donleavy novels, there are incidents that detail a descent into the maelstrom. This is 277 pages of squalor and degradation that starts at the bottom and never lets up. A book for those with a strong taste for Scottish gloom.