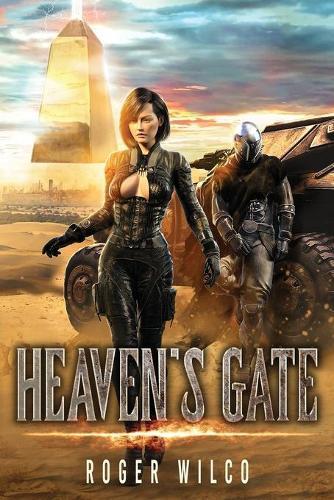 The second book in this series continues Judy Bishop’s struggle to save her children from the horrors of the ongoing Tribulation. With her daughter now in the clutches of the leader of the Nephilim, she desperately seeks help from anyone who will offer it. During her journey to the only prospering human sanctum, she discovers both friends and enemies who all have agendas of their own. With her long history of being suspicious, knowing who to trust is a skill she’s still learning and when she chooses poorly it nearly costs Judy her life. Rejected by God and betrayed by her own kind, Judy now languishes in defeat with death grinning at her doorstep. Though all seems lost, she’s offered one last chance to save her children and maybe even some of humanity itself. As Judy’s life ebbs away, a desperate plan to gain allies thrusts her and John into dangerous quests that risks his life, as well as Judy’s eternal soul. While John confronts his greatest threat from those he once enjoyed as friends, Judy is cast into the gates of hell, and faces down a powerful old adversary. But even if they both succeed, there’s one more enemy who stands in their way, and this one cannot be defeated. Roger Wilco again finds a way to blend the mystical elements of biblical scripture with the temporal aspects of a modern sci-fi drama. While many religious works tend to stay centered around spiritual powers and themes, Heaven’s Gate explores the potential in a hybridization between celestial magic with human technology.