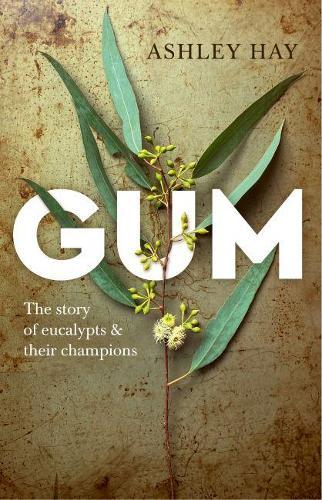 No matter where you look in Australia, you’re more than likely to see a eucalyptus tree. Scrawny or majestic, smooth as pearl or rough as a pub brawl, they have defined a continent for thousands of years, and they continue to shape our imagination.
First Nations Australians have long known the abilities of the eucalyptus. And as part of the raft of changes wrought by the arrival of colonial Australia, botanists have battled in a race to count, classify and own the species - a battle that has lasted more than two hundred years.
Gum:The Story of Eucalypts and Their Champions is the story of that battle and of so many other eucalyptographers - explorers, poets, painters, foresters, conservationists, scientists (and engine drivers) - who have also been obsessed by these trees and who have championed their powers. Gum trees have been feted as a cure for malaria, as a solution for the drainage problems that defeated the Roman emperors, as the tree that could forest the Sahara, the tree that could divine gold. This new edition of Gum, from award-winning author Ashley Hay, is a powerful and lyrical exploration of these magical, mythical, medicinal trees, and the story of new worlds, curious people and big ideas.
$29.99Add to basket ›