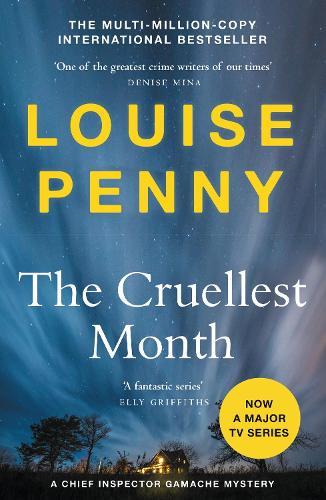 ‘No one does atmospheric like Louise Penny’ ELLY GRIFFITHS There is more to solving a crime than following the clues. Welcome to Chief Inspector Gamache’s world of facts and feelings. It’s Easter, and on a glorious Spring day in peaceful Three Pines, someone waits for night to fall. They plan to raise the dead … When Chief Inspector Gamache of the Surete du Quebec arrives the next morning, he faces an unusual crime scene. A seance in an old abandoned house has gone horrifically wrong and someone has been seemingly frightened to death. In idyllic Three Pines, terrible secrets lie buried, and even Gamache has something to hide. One of his own team is about to betray him. But how far will they go to ensure Gamache’s downfall? Ten million readers. Three pines. One inimitable Chief Inspector Gamache. ‘The series is grand and deep and altogether extraordinary’ WASHINGTON POST