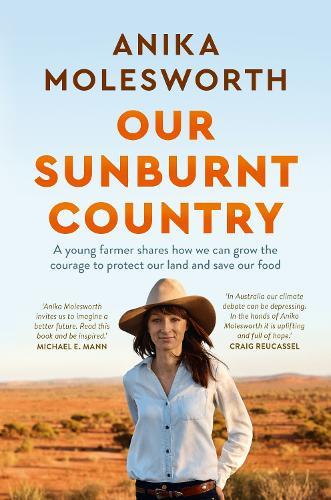 Anika Molesworth fell in love with her family’s farm, a sheep station near Broken Hill, at an early age. She formed a bond with the land as though it were a member of her family. When the Millennium Drought hit, though, bringing with it extreme heat and dust storms, the future she’d always imagined for herself began to seem impossible.
As she began to learn more about the causes of - and the solutions to - the extreme weather that was killing her land and her livelihood, Anika became fired up and determined to speak out. Talking to farmers and food producers all around the world, she began to realise that there was a way forward that could be both practical and sustainable - if only we can build up the courage to take it.
Beautifully written and full of hope, Our Sunburnt Country shows that there is a way to protect our land, our food and our future, and it is within our grasp.
$34.99Add to basket ›