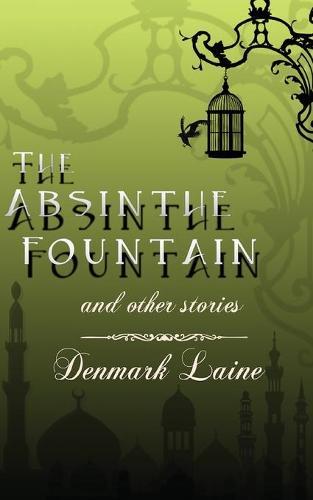 Learn Forever, Yield Never. That was the motto of the Bal Cypress Club; the prestigious literary society that met on the first of each month in the Library Tower of Brander. These words engraved in the beveled glass window above its tall doors greeted visitors upon arrival. The Library Tower was a gnarl of gray pewter capped by a green, glass dome. The highest point in Brander, visible from anywhere, it rose like a spindly needle around which the dreary city turned. A young man in a black greatcoat bundled through the fog-shrouded streets toward the feeble glow of distant lampposts that flickered between low, pointed rooftops and black chimneys half-hidden in billowing clouds of soot. After a late start he’d set out from his garret room at 14-B Yarwick Square, near the dry docks in the Wormwood Quarter, the working class district. He’d lingered too long at Hob’s Inn, a corner tavern, wallowing over his fourth or fifth glass of absinthe. Its gentle delirium quelled his nerves and steadied his hand as he sipped its verdant nectar alongside factory workers, madmen, cripples and other doomed souls, his fears dissolving like so many sugar cubes burned and melted in ice water, stirred to oblivion with a slotted spoon. The essence of the green goddess , her bittersweet dream-grace distilled from deadly botanicals awaited him like a seductive mistress in an emerald glass. He spent most nights with his downcast gaze lost among flowery hallucinations in a cloudy puddle of chartreuse. This fertile spirit, bottled muse and moral decay, was banned elsewhere in the city. Absinthe’s fickle visions were said to not only lead to the creation of paintings, poems and opera -vices in themselves- but also to blackouts, coughing fits, insomnia, stillbirths and murderous ravings. He crossed Mercantile Lane on muddy cobblestones. Along the crooked alleys known as the Blood Bowl for their suffocating stench of raw meat, pigs' heads hung on hooks at a butcher’s stall, plucked geese dangled from ropes, sheep’s bladders, cow intestines and various gut-scrapings stained many a wooden cutting board.