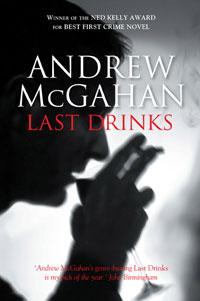 Shortlisted for The Age Book of the Year, the Queensland Premier’s Literary Award and winner of the Ned Kelly Award for Best First Crime Novel. It’s a decade since the infamous Inquiry into corruption tore the state of Queensland apart. But for George Verney, disgraced journalist and bit-player in the great scandals of his day, the Inquiry has never quite finished. After ten years of self-imposed exile, drawn by the terrible death of a man who was his friend, he reluctantly returns to Brisbane, the city of his downfall. In a town he no longer recognises and through an underworld that has forgotten him, George must seek out the other hidden survivors of his times, to confront the truth about their common past. ‘Last Drinks, fast moving, funny and shocking, is a lament for all that can go wrong not only in the life of one man, but in the life of an entire state. This is crime fiction that transcends the genre … It’s a truly compelling and stylish novel, seamlessly written.’ - Debra Adelaide, Sydney Morning Herald