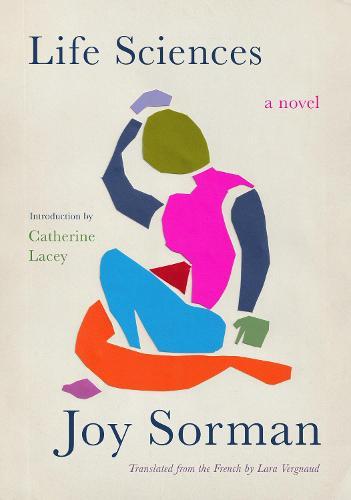 An inventive coming-of-age novel from acclaimed French novelist Joy Sorman, Life Sciences boldly investigates the female condition, bodily autonomy, and the failings of modern medicine as one young woman confronts a centuries-old, matrilineal curse. Ninon Moise is cursed. So is her mother Esther, as was every eldest female member of her family going back to the Middle Ages. Each generation is marked by a uniquely obscure disease, illness, or ailment-one of her ancestors was patient zero in the sixteenth-century dancing plague of Strasbourg, while Esther has a degenerative eye disease. Ninon grows up comforted and fascinated by the recitation of these bizarre, inexplicable medical mysteries, forewarned that something will happen to her, yet entirely unprepared for how it will alter her life. Her own entry into this litany of maladies appears one morning in the form of an excruciating burning sensation on her skin, from her wrists to her shoulders. Embarking on a dizzying and frustrating cycle of doctors, specialists, procedures, needles, scans, and therapists, seventeen-year-old Ninon becomes consumed by her need to receive a diagnosis and find a cure for her ailment. She seeks to break the curse and reclaim her body by any means necessary, through increasing isolation and failed treatment after failed treatment, even as her life falls apart. A provocative and empathic questioning of illness, remedy, transmission, and health, Life Sciences poignantly questions our reliance upon science, despite its limitations, to provide all the answers. ‘Translated by Lara Vergnaud into prose that is both deceptively simple and playfully archaic, Sorman’s story [is] among the first to tackle illness as metaphor, as birthright and as feminist rebellion…. Sorman’s alternative history of female malady offers both a horrific dose of truth and a comforting alternative to the stories sick women have told ourselves since time began.’ - Lena Dunham, The New York Times Book Review