A Nest of Vipers 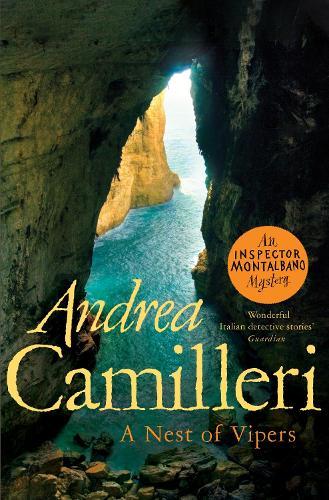 A Nest of Vipers

A Nest of Vipers is the twenty-first novel in Andrea Camilleri’s irresistible Inspector Montalbano series. On what should be a quiet Sunday morning, Inspector Montalbano is called to a murder scene on the Sicilian coast. A man has discovered his father dead in his Vigatan beach house, his body slumped on the dining room floor, his morning coffee spilled across the table, and a single gunshot wound at the base of his skull. First appearances point to the son having the most to gain from his father’s untimely death, a notion his sister can’t help but reinforce. But when Montalbano delves deeper into the case, and learns of the dishonourable life the victim led, it soon becomes clear half of Vigata has a motive for his murder and this won’t be as simple as the inspector had once hoped … A Nest of Vipers is followed by the twenty-second gripping mystery, The Pyramid of Mud.