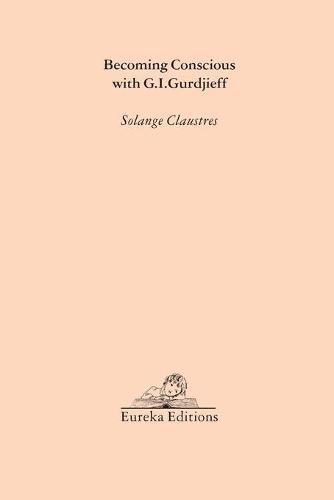 Becoming Conscious with G.I.Gurdjieff Solange Claustres In principle all known Traditions are based on ‘belief’. Gurdjieff’s teaching is not a matter of belief, but of having a discerning spirit with which to practise and experience what is taught in order to understand, and to become conscious and responsible for oneself. It is a teaching which includes work on the three main parts of the human being, enabling a furtherment and deepening develop- ment of the whole. This teaching has always existed. It surfaces in one form or another, according to the demands and needs of time, place and changing civilisations, whenever humanity is out of balance and loses its reason and lucidity. This teaching is neither a religion nor a philosophy. It can help us to further our understanding of our own Tradition. The essential is that it is practised in our current daily life, just as it is, without changing it. The aim of this teaching is to become conscious: it is transmitted orally and practically, from teacher to pupil, and also from elder to younger members within a group. Solanges Claustres was close to Gurdjieff from 1941 until his death in 1949. She has more than 60 years experience of being involved in this teaching. She led movements classes from the very beginning, and she took part in numerous movements films. She has led her own work groups on Gurdjieff’s teaching in France. She has directed movements classes, and taken part in the guidance of work groups in England, Holland and the U.S.A.