Lasalle, The Mississippi, And The Gulf: Three Primary Documents 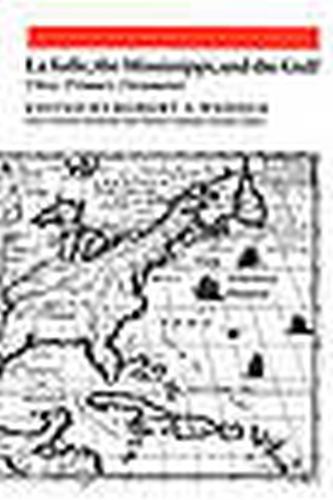 Lasalle, The Mississippi, And The Gulf: Three Primary Documents

Three centuries after the French explorer La Salle was murdered in the Texas wilds, this volume presents translations of three obscure documents that broaden the view of the man and his exploits. The first non-Spanish effort to settle areas along the Gulf of Mexico is seen from the perspectives of La Salle’s engineer; a Spanish pilot who searched for the French colony; and two French lads who, orphaned as a result of the Fort Saint-Louis massacre, lived first among the Texas Indians, then the Spaniards. The engineer Minet relates both La Salle’s 1682 exploration of the Mississippi River and his 1685 voyage to the Gulf of Mexico, from which Minet himself returned to France and prison rather than share the fate of the colonists. The pilot Juan Enriquez Barroto recounts the Spaniards' 1687 circumnavigation of the Gulf, the finding of La Salle’s wrecked ships, and the first close examination of Texas and Louisiana bays and rivers, including the Mississippi passes. Among the few survivors of La Salle’s venture, the two Talon brothers returned to France as adults to give information that was vital to a new undertaking, Iberville’s Mississippi colony. In an unparalleled adventure narrative and exploration account, they describe the land, its flora and fauna, and the natives' lives and languages–data of incalculable historical value. From all three documents, significant sidelights emerge: Minet’s description of the English colony of Jamestown, Enriquez’s finding of Spanish castaways among the Atakapa Indians, and the Talons' description of life in seventeenth-century Mexico. With careful scholarly attention–historical introductions, annotation, and commentaries by noted authorities–the documents emphasize the tendency of modern observers to ascribe to La Salle a knowledge of geography that simply was not possible in his time. They lead the editors to a somewhat surprising conclusion about why the vaunted explorer landed in Texas when he was seeking the Mississippi.