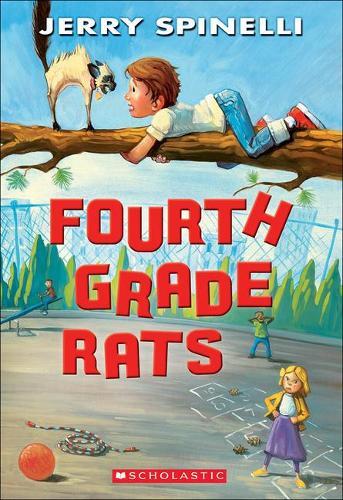 Last year Suds was a Third Grade Angel, but now… it’s time to be a Fourth Grade Rat! Fourth graders are tough. They aren’t afraid of spiders. They say no to their moms. They push first graders off the swings. And they never, ever cry.Suds knows that now he’s in fourth grade, he’s supposed to be a rat. But whenever he tries to act like one, something goes wrong. Can Suds’s friend Joey teach him to toughen up… or will Suds remain a fourth grade wimp?Now with brand-new illustrations, this sequel to Jerry Spinelli’s THIRD GRADE ANGELS is a classic story of fitting in (or not) and friendship.