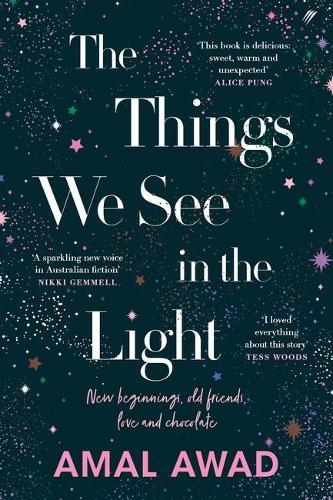 In the cafe, I watch as a woman takes a photo of her plate - an impressive, glossy lime-coloured dessert with shards of chocolate perched on top. I want to feel that ease and confidence, too. Like this is my city again, and I know my way around it.
Eight years ago, Sahar pursued her happily ever after when she married Khaled and followed him to Jordan, leaving behind her family, her friends and a thriving cake business. But married life didn’t go as planned and, haunted by secrets, Sahar has returned home to Sydney without telling her husband.
With the help of her childhood friends, Sahar hits the reset button on her life. She takes a job at a local patisserie run by Maggie, a strong but kind manager who guides Sahar in sweets and life.
But as she tentatively gets to know her colleagues, Sahar faces a whole new set of challenges. There’s Kat and Inez, who are determined that Sahar try new experiences. Then there’s Luke, a talented chocolatier and a bundle of contradictions.
As Sahar embraces the new, she reinvents herself, trying things once forbidden to her. But just when she is finally starting to find her feet, her past finds its way back to her.
$29.99Add to basket ›