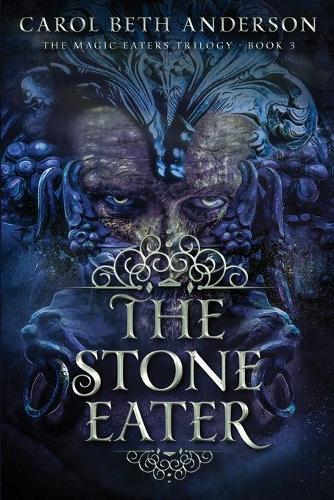 The exhilarating, romantic conclusion to The Magic Eaters Trilogy, a dystopian YA fantasy series like no other. — Can Nora take her father’s crown…before his dark magic takes her life? Ulmin Abrios, King of Cellerin, has gone mad. He’s invading and terrorizing his own cities. Princess Nora, his estranged daughter, is determined to seize the crown and save her people. Along with her boyfriend Ovrun and her friends Krey and Sarza, she secretly returns to Cellerin. As she plots to take down her father, Nora wrestles with her desire to find love. She knows how confining life in the palace will be. Could Ovrun-or any man-ever truly embrace the restrictive life of a king? Touring her land on a dragon’s back, Nora builds a vast team of supporters. But Ulmin’s mind is decimated by forbidden magic, and he’ll use any weapon, from torture to mental slavery, to protect himself. Even against his daughter. With both the crown and her heart at stake, Nora must give her all to defeat her father. Otherwise, his tyranny will overwhelm the land…giving Nora no escape but death. Buy The Stone Eater today and devour the final course of this epic series! — Here’s what early readers are saying about The Stone Eater Stunning storytelling that keeps you gripping the edge of your seat. I stayed up way too late immersed in this world! -Tracy Magouirk You’ll fall in love with the complicated characters - human and dragon, alike! -Kim D. The Stone Eater builds and swells until it seems the whole world will come crashing down. (Also, stock up on tissues and snacks because honest you’re not putting this one down). -C.M. Irving