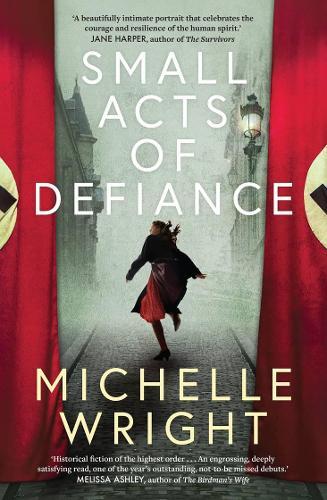 ‘A beautifully intimate portrait that celebrates the courage and resilience of the human spirit.’ Jane Harper, author of The Survivors
May, 1940: After a bitter tragedy, young Australian woman Lucie and her French mother Yvonne are forced to leave home and seek help from the only family they have left-Lucie’s Uncle Gerard.
As the Second World War engulfs Europe, the two women find themselves trapped in German-occupied Paris, sharing a cramped apartment with the authoritarian Gerard and his extremist views.
Drawing upon her artistic talents, Lucie risks her own safety to engage in small acts of defiance against the occupying forces and the collaborationist French regime, where the authorities reward French citizens for denouncing so-called ‘traitors’ in their community.
Faced with the escalating brutality of anti-Jewish measures, and the indifference of so many of her fellow Parisians, Lucie must decide how far she will go to defend the rights of others.
$29.99Add to basket ›