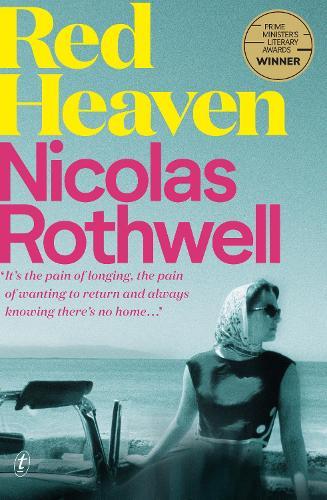 Red Heaven is the story of a child’s journey to adulthood, his loss of those he loves and his fixing of them in memory. It begins in the late 1960s in Switzerland, as the unnamed narrator’s ideas about life are being shaped by two compelling rival influences, the architects of his youth.
These are his so-called aunts-imperious, strong-willed, ambitious-both determined to make the boy into their own heir, a believer in their values. In self-contained episodes, each set in an alpine grand hotel, we see one aunt and then the other seek to educate their protégé by imparting their experiences.
Serghiana, the ‘red princess', is the daughter of a Soviet general, a producer of films and worshipper of art, a true believer. Ady, a former actress and singer, is a dilettante and cynic, Viennese, married to a great conductor: in her eyes, life is nothing but an affair of surfaces; truth and beauty are mere illusions.
The aunts and all those in their orbit are exiles, without a home, at the mercy of outside political events. They strive to see what lies beyond the chance events and intersections of their lives. Their allegiances shift. Their stories deepen: gradually the child comes to understand the shadows in their past.
Memory and nostalgia-the aunts' gifts to him, gifts of obligation-are the purest expression of love allowed them. These stories stay with the boy, guiding his beliefs and his path in life, until he can grow up and absorb the influences of the world around him, and become himself.

Red Heaven
is about the people who make us what we: how they come into our lives, instruct or affect us, then depart the stage. This fiction, with its affinity for the elusive beauties and sadnesses of the world, is Nicolas Rothwell’s finest achievement.
$32.99Add to basket ›