The Last Correspondent: Dispatches from the frontline of Xi’s new China 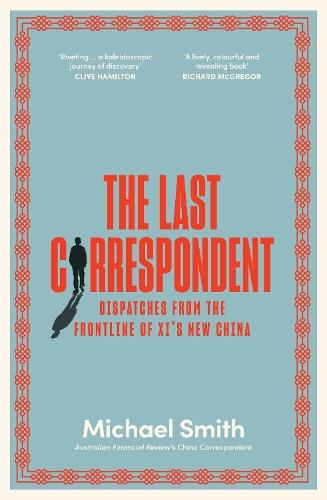 The Last Correspondent: Dispatches from the frontline of Xi’s new China

It was just after midnight when China’s notorious secret police came knocking.
A late-night visit to his Shanghai laneway house by China’s notorious secret police triggered a diplomatic storm which abruptly ended Michael Smith’s stint as one of Australia’s last foreign correspondents in China. After five days under consular protection, Smith was evacuated from a very different China to the country he first visited 25 years earlier.
The visit marked a new twist in Australia’s 50-year diplomatic relationship with China which was now coming apart at the seams. But it also symbolised the authoritarianism creeping into every aspect of society under President Xi Jinping over the last three years.
From Xinjiang’s re-education camps to the tear-gas filled streets of Hong Kong, Smith’s account of Xi Jinping’s China documents the country’s spectacular economic rise in the years leading up to the coronavirus outbreak.
Through first-person accounts of life on the ground and interviews with friends as well as key players in Chinese society right up to the country’s richest man, The Last Correspondent explores what China’s rise to become the world’s newest superpower means for Australia and the rest of the world.
$34.99Add to basket ›