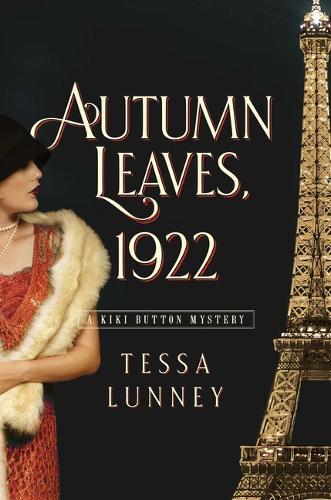 After a year away from Paris, Kiki Button is delighted to be back in City of Lights. But danger threatens her return as she is pulled into another spy mission–one that brings her ever closer to the rising fascist threat in Europe. October 1922. Kiki Button has had a rough year at home in Australia after her mother’s sudden death. As the leaves turn gold on the Parisian boulevards, Kiki returns to Europe, more desperately in need of Paris and all its liveliness than ever. As soon as she arrives back in Montparnasse, Kiki takes up her life again, drinking with artists at the Cafe Rotonde, gossiping with her friends, and finding lovers among the enormous expatriate community. Even her summertime lover from the year before, handsome Russian exile Prince Theo Romanov, is waiting for her. But it’s not all champagne and moonlit trysts. Theo is worried that his brother-in-law is being led astray by political fanatics. Kiki’s boy from home, Tom, is still hiding under a false name. Her friends are in trouble–Maisie has been blackmailed and looks for revenge, Bertie is still lovesick and lonely, and Harry has important information about her mother. And to top it off, she is found by Dr. Fox, her former spymaster, who insists that she work for him once more. Amidst the gaiety of 1920s Paris, Kiki stalks the haunted, the hunted, and people still heartsore from the war. She parties with princes and Communist comrades, she wears ballgowns with Chanel and the Marchesa Casati, she talks politics with Hemingway and poetry with Sylvia Beach, and sips tea with Gertrude Stein. She confronts the men who would bring Europe into another war. And as she uses her gossip columnist connections for her mission, she also meets people who knew her mother, and can help to answer her burning question: why did her mother leave England all those years ago?