Lost Paradise: The Story of Granada 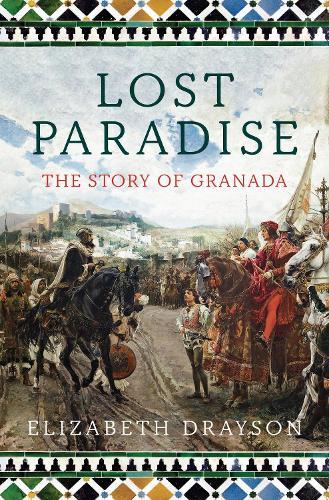 Lost Paradise: The Story of Granada

‘The true paradises are the paradises we have lost,’ wrote Marcel Proust. This beautifully illustrated account of the historical city of Granada strikes at the heart of this message.

Andalusian city of Granada has long cast its spell on visitors. In the ninth centruy, the Muslim sage Abd al-Malik described it as a place of enchantment, while a later poet, Ibn Zamrak, sang of it as a city that wears a crown upon its forehead, bejewelled with diamond stars. From the early Middle Ages to the present, foreign travellers have been bewitched by Granada’s peerless beauty.
Granada is also the stuff of story and legend, with an unforgettable history to match. Romans, then Visigoths, settled here, as did a community of Jews; in the eleventh century a Berber chief made Granada his capital, and from 1230 until 1492 the Nasrids - Spain’s last Islamic dynasty - ruled the emirate of Granada from their fortress-palace of the Alhambra. After capturing the city to complete the Christian Reconquista, the Catholic monarchs Ferdinand and Isabella made the Alhambra the site of their royal court.
In this, the first narrative history of Granada for English-speaking readers, Elizabeth Drayson takes the reader on a voyage of discovery that uncovers the many-layered past of Spain’s most complex and fascinating city, celebrating and exploring its evolving identity. Her account brings to the fore the image of Granada as a lost paradise, revealing it as a place of perpetual contradiction and linking it to the great dilemma over Spain’s true identity as a nation. This is the story of a vanished Eden, of a place that questions and probes Spain’s deep obsession with forgetting, and with erasing historical and cultural memory.
$65.00Add to basket ›