The Meaning of Terrorism 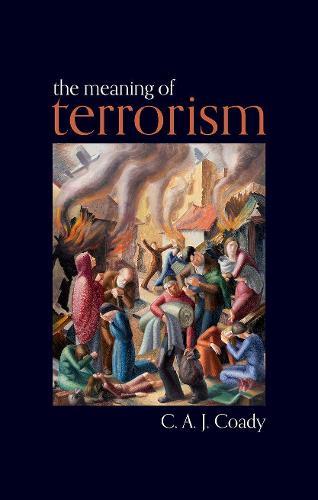 The Meaning of Terrorism

In The Meaning of Terrorism, C. A. J. Coady clarifies competing and confusing definitions of terrorism, and of terrorist acts, that proliferate in specialist publications as well as in popular discourse. Coady aims to construct a concept of a terrorist act that both reflects a central core of these different understandings, which provides for a more coherent and fruitful discussion of terrorism and its moral and political significance. The goal is therefore not only to gain clarity about what the term designates, but also to probe various dimensions of the moral meaning of our understanding of terrorism for complex social and political circumstances. The opening chapters sketch the commonly propounded definitions, and propose what Coady calls a tactical definition , with a focus on terrorist acts as violent attacks upon non-combatants or innocents. The benefits of such an approach are laid out, and defences against numerous objections that can be and have been made to it are given. The book critically discusses theorists who argue that, independent of its definition, terrorist acts have a special, and profoundly disturbing, moral significance. Coady explores the scope and meaning of non-combatant status and its relation to recent controversies in the philosophy of war, and discusses important attempted philosophical defences of terrorism for certain contexts. The book closes with a discussion of the moral challenges facing attempts at counter-terrorism, and examines the commonly held view that religion is particularly prone to cause terrorism or some of its most extreme manifestations.