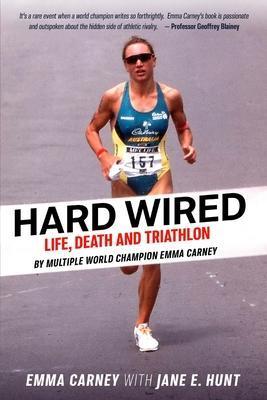 Fresh out of school and emerging as one of Australia’s future distance running stars, Emma Carney discovered the sport of triathlon. The sport was never the same again. With an unmatched record, she devastated the international circuit. Defined by a relentless pursuit of sporting excellence, Emma was known to detest losing more than she loved to win.
At home in the cutthroat world of professional sport, Emma didn’t expect a welcoming party waiting for her when she reached the pinnacle of triathlon. A fiercely independent athlete, fitting in and conforming was never her style. Rules annoyed her. Authority irritated her. And that complicated things… Emma’s is a life publicly defined by winning. But like sport, nothing is predictable. Success is fickle, life is fragile.
Emma’s story reveals that international sporting success is about much more than winning. Courage is a constant. Hard work and dedication are vital, as are unwavering passion, belief, and desire. But there is more. Emma’s story also raises questions: who is truly there when things go wrong, when the system fails? Who cares when you find yourself dying on the roadside, saving yourself only to then lose your sister, identity, self-belief and hope in everything you once believed in…?
$39.95Add to basket ›