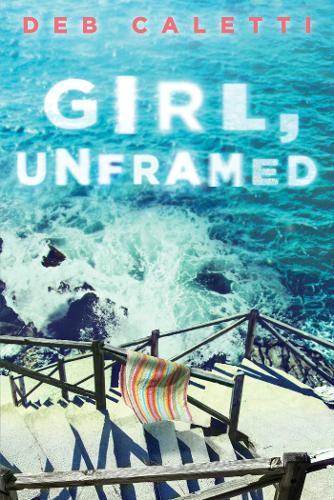 A teen girl’s summer with her famous mother turns sinister in this gripping thriller inspired by a real-life Hollywood murder from Printz Honor-winning and National Book Award finalist author Deb Caletti.
Sydney Reilly has a bad feeling about going home to San Francisco before she even gets on the plane. How could she not? Her mother is Lila Shore-the Lila Shore-a film star who prizes her beauty and male attention above all else…certainly above her daughter.
But Sydney’s worries multiply when she discovers that Lila is involved with the dangerous Jake, an art dealer with shady connections. Jake loves all beautiful objects, and Sydney can feel his eyes on her whenever he’s around. And he’s not the only one. Sydney is starting to attract attention-good and bad-wherever she goes: from sweet, handsome Nicco Ricci, from the unsettling construction worker next door, and even from Lila. Behaviors that once seemed like misunderstandings begin to feel like threats as the summer grows longer and hotter.
But real danger, crimes of passion, the kind of stuff where someone gets killed-it only mostly happens in the movies, Sydney is sure. Until the night something life-changing happens on the stairs that lead to the beach. A thrilling night that goes suddenly very wrong. When loyalties are called into question. And when Sydney learns a terrible truth: beautiful objects can break.

American YA author Deb Caletti writes powerful stories about young women in challenging circumstances and Girl, Unframed is no exception. Sydney Reilly must leave her friends in Seattle to live with her glamorous, movie star mother in San Francisco for the summer, along with her mother’s new boyfriend. She is 16 years old and just awakening to her sexuality, discovering the vulnerability and danger that goes along with it. The men constantly looking at her are treating her as an object, not a person at all.

Living in a spectacular beachside mansion, Sydney overhears many violent arguments between her child-like mother and her boyfriend, Jake. He makes Sydney feel uncomfortable and there’s something dodgy about the expensive paintings of women being stored in the house. Surely, he can’t actually afford the Picasso and the Lichtenstein on the walls? Something bad is going to happen and brief exhibit notes from a courtroom at the start of each chapter hint at a pending criminal act.

When Sydney develops feelings for a local boy she meets on the beach, she knows it’s something she’s never felt before, but she’s also confused about the difference between desiring and being desired. The novel eloquently explores Sydney’s coming of age as she grapples with female objectification and male attention, both sought after and unwelcome. This is a powerful psychological thriller with writing that is eloquent, pacy and packs a strong feminist punch. I loved it and devoured it in one sitting. It will be enjoyed by fans of thrillers and feminist stories ages 14+.

Excuse Me While I Ugly Cry