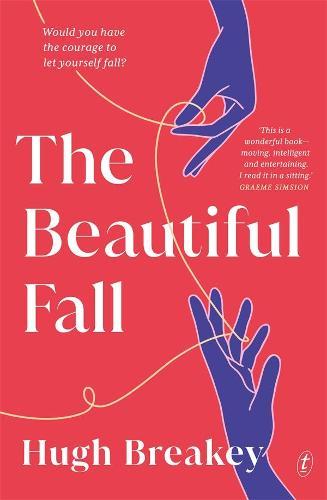 Every 179 days Robbie forgets everything. He knows this because last time it happened he wrote himself a letter explaining it. The disorientation. The fear. The bizarre circumstances imposed by the rare neurological condition he lives with.
To survive the forgetting-to cope with his recurring loss of identity-Robbie leads a solitary, regimented life. Lives alone. Speaks to no one if he can avoid it. Works to complete a strange herculean task set for him by his former self.
And then, with twelve days left before his next forgetting, Julie invades his life. Young, beautiful-the only woman he can ever remember meeting.
As the hour draws near, Robbie is forced to confront the fact that his past is very different from how he had imagined it. And when Julie reveals her own terrible secret, he must find a way to come to terms with the truth about himself.

Thrice now, 179 days apart each time, Robbie Penfold has lost his mind. He suffers from a form of amnesia which wipes his memory clean every six months. No one knows if it will happen again, but Robbie has to assume it will, and he lives his life accordingly, shut up safely in his apartment, away from everyone, just in case. The previous Robbie, the one who had already forgotten everything once before, left him a letter and a box of mementos, as well as a daily task to help fill in the time. He follows these instructions and believes everything the letter tells him. Why wouldn’t he? Why would former Robbie lie to future Robbie? Surely, if there’s one person on earth you can trust, it’s yourself. Isn’t it?

With less than two weeks to go before the forgetting is likely to strike again, Robbie meets a woman. The attraction is immediate and appears to be mutual. He knows he can’t let her in, not now, but she keeps coming back, and she makes life worth living. He doesn’t want to turn her away without an explanation, but as time slips by, he knows he will have to disappoint her. As she helps him complete the task set by past Robbie, he tells her what it means to him, describing the work he has done and its ultimate destruction as the ‘beautiful fall’. Robbie realises that his feelings for Julie are similar. He has fallen in love, and it is a beautiful fall, but it could also end up devastating both of them.

Hugh Breakey has imagined a seemingly impossible set of choices for the characters in this romantic and quietly philosophical novel. The importance of memory and our individual concept of the past are reoccurring themes, as is the beauty of finishing something that means the world to you.