Owls of the Eastern Ice: The Quest to Find and Save the World’s Largest Owl 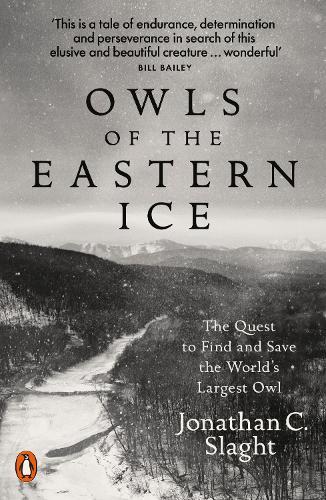 Owls of the Eastern Ice: The Quest to Find and Save the World’s Largest Owl

The Times Nature Book of the Year 2020 - A breathtaking portrait of Russia’s remote far eastern forest, and of the world’s most extraordinary owl The forests near to where Russia, China and North Korea meet in a tangle of barbed wire are the only place on earth where brown bears, leopards and tigers co-exist. They are also home to one of nature’s rarest birds, the Blakiston’s fish owl. A chance encounter with this huge, strange bird was to change wildlife researcher Jonathan Slaght’s life beyond measure. During the following two decades, Slaght’s quest to safeguard the elusive owl from extinction took him over thousands of miles of forbidding and threatened terrain. Thrilling and inspiring, his book is a beautifully crafted meditation on the natural world and what it means to devote one’s career to a single pursuit.