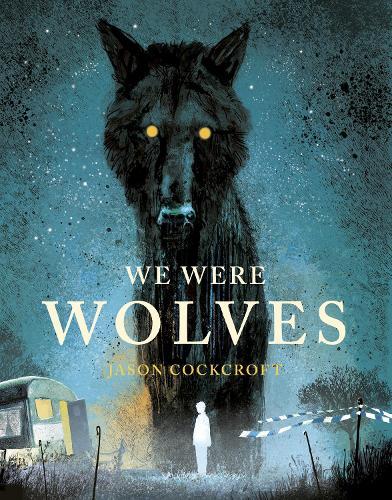 Boy lives in a caravan on his own in the woods. His dad, John, is in prison and promises to get out soon. All the boy needs to do is survive alone for a little while longer.
But dark forces are circling - like the dangerous man in the Range Rover, who is looking for his stolen money. And then there are the ancient forces that have lain asleep in the woods for an age…

This unusual illustrated novel is about the relationship between a boy and his father, as well as the mythic animal energies that surround them.

The boy’s father has come back from war tormented by nightmares and inner demons. He can no longer live together with the boy’s mother, and so the boy goes to live with his father in a caravan in the woods. But his father gets involved in illegal activities and is sent to jail for a few months. The boy stays in the caravan alone, pretending to everyone, including his mum, that his father is still there. He just needs to survive alone until his father returns, and then they will start a new life by the sea. The boy has a companion, a homeless dog that attaches itself to him, and he also strikes up a friendship with a girl holidaying nearby.

There is a sense of impending menace throughout this short novel, both from the ‘bad men’ who visit the caravan, as well as the beasts in the woods that haunt the father. The boy’s voice is poetic and beautifully naive. The author is an award-winning illustrator, whose previous work includes the covers of the Harry Potter series, and his black-and-white charcoal drawings are eerily haunting and add a level of complexity. This tale has a timeless, mythic quality to it and will be enjoyed by readers of Patrick Ness’s A Monster Calls or the work of David Almond. Suitable for ages 11+.

The Other Side of Perfect