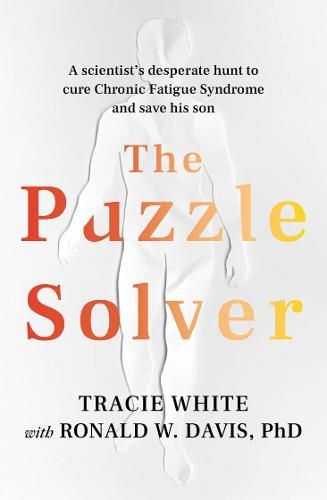 For the past six years, Whitney Dafoe has been confined to a bedroom in the back of his parents' home, unable to walk, to eat, to speak. The sound of music causes him pain.
At one point, the formerly healthy, young, freelance photographer, faced starvation as his 6'3  frame withered to 115 pounds. In desperation, Whitney and his parents went from one specialist to another, and still no answers. Then, finally, a diagnosis: the mysterious disease myalgic encephalomyelitis or chronic fatigue syndrome (ME/CFS).
Whitney’s story is heartbreaking, but it’s also one of redemption. It reaches far beyond just one family’s harrowing tale. Today, ME/CFS affects more than 200,000 people in Australia and 20 million people around the world. Those afflicted largely suffer in silence because the disease is little known and much misunderstood. The question lingers still whether it even exists outside the patient’s mind. Often disbelieved, they’re abandoned by family and friends. They lose their jobs, and battle with insurance companies over rising medical costs as the chronic disease continues on year after year.
In one way, Whitney has been lucky. He could reach out to his father, a world renowned, scientist, for answers. This book is the story of one father’s desperate hunt for the insidious illness that stole his son away. The Puzzle Solver follows Ron as he unravels the molecular trail within his own son’s donated blood and genome, to begin to find answers. He confirms this is a biological disease and uncovers new possibilities for treatments and potentially a cure.
At its heart, The Puzzle Solver is about more than just cutting edge research or a race to find the cure for ME/CFS - it’s about the unbreakable bond between a father and his son, and the lengths to which a parent will go to save their child’s life.
$32.99Add to basket ›

END_OF_DOCUMENT_TOKEN_TO_BE_REPLACED

The Broken House: Growing up under Hitler

My Life as a Villainess: Essays