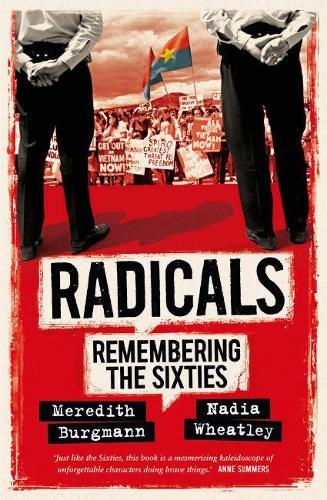 The Sixties - an era of protest, free love, civil disobedience, duffel coats, flower power, giant afros and desert boots, all recorded on grainy black and white film footage - marked a turning point for change. Radicals found their voices and used them.
While the initial trigger for protest was opposition to the Vietnam War, this anger quickly escalated to include Aboriginal Land Rights, Women’s Liberation, Gay Liberation, Apartheid, Student Power and ‘workers' control'.
In Radicals some of the people doing the changing - including David Marr, Margret RoadKnight, Gary Foley, Jozefa Sobski and Geoffrey Robertson - reflect on how the decade changed them and Australian society forever.
Radicals - Remembering the Sixties will make you feel like you were there, whether or not you really were.
$39.99Add to basket ›

END_OF_DOCUMENT_TOKEN_TO_BE_REPLACED

Mother of Invention: How Good Ideas Get Ignored in an Economy Built for Men

The Storm Is Upon Us