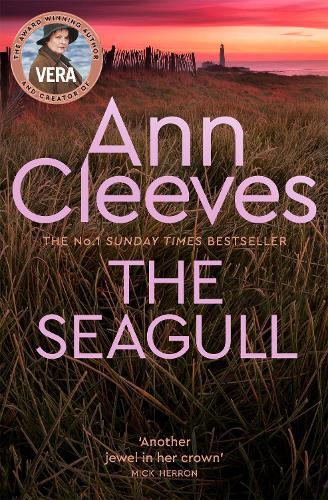 The Seagull is the eighth book in Ann Cleeves’s Vera Stanhope series - which is now a major ITV detective drama starring Brenda Blethyn as Vera. Obsession never dies … When prison inmate and former police officer John Brace says he’s willing to give up information about the location of a dead body in return for protection for his family, Vera knows that she has to look into his claims. But opening up this cold case strikes much closer to home than Vera anticipates as her investigation takes her back in time to The Seagull, a once-decadent and now-derelict nightclub where her deceased father and his friends used to congregate. As Vera’s past collides dangerously with the present, she will have to confront her unwanted memories and face the possibility that her father was involved in what happened. The truth is about to come out, but is Vera ready for what it will reveal? Enjoy more of Vera Stanhope’s investigations with The Crow Trap, Telling Tales, Hidden Depths, Silent Voices, The Glass Room, Harbour Street, The Moth Catcher and The Darkest Evening.