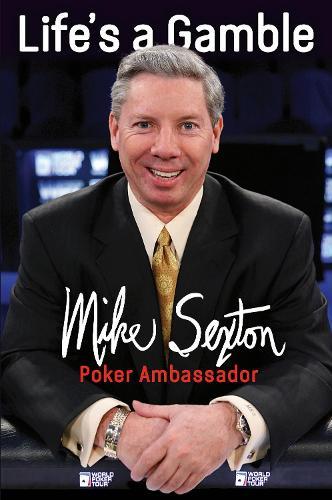 Mike Sexton began playing poker at the age of 13 and became a full-time professional player in 1977. He moved from North Carolina to Las Vegas, Nevada in 1985 and won his first World Series of Poker bracelet in 1989. In his four decades as a poker professional Mike excelled as a poker player, poker businessman and was one of poker’s premiere ambassadors for 25 years. He was instrumental in the creation of partypoker in 2001 and was a key player in the launch of the World Poker Tour in 2002, an event that changed the world of poker forever. Mike can be credited with the creation of two mega events in the poker world: the Tournament of Champions of Poker in 1999 and the partypoker Million in 2002. Along with Vince van Patten, he was a commentator on the WPT from its inception. Mike was recognized as Poker’s Top Ambassador at the Card Player Magazine Player of the Year Awards gala in 2006. That same year, he won the World Series of Poker Tournament of Champions, collecting $1 million in prize money - half of which he donated to charity. In 2009, he was thrilled to receive poker’s greatest honor - induction into the Poker Hall of Fame. And, if that weren’t enough, in 2016 he was presented with the Lifetime Achievement Award at the American Poker Awards. In this book Mike recounts his personal experiences and gives his take on some of poker’s legendary characters over the past 40 years. If you enjoy poker, are fascinated by the development of the game and enjoy compelling poker, golf and gambling adventures, then you’ll love Life’s A Gamble.