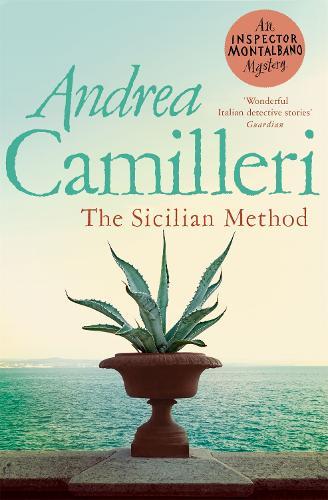 In The Sicilian Method, Andrea Camilleri’s twenty-sixth novel in the Inspector Montalbano mystery series, Montalbano finds his answers to a murder in a theatrical play. Mimi Augello is visiting his lover when the woman’s husband unexpectedly returns to the apartment. Hurriedly, he climbs out the window and into the downstairs apartment, but from one danger to another. In the dark he sees a body lying on the bed. Shortly afterwards another body is found and the victim is Carmelo Catalanotti, a director of bourgeois dramas with a harsh reputation for the acting method he developed for his actors: digging into their complexes to unleash their talent, a traumatic experience for all. Are the two deaths connected? Catalanotti scrupulously kept notes and comments on all the actors he worked with as well as strange notebooks full of figures, dates and names … Inspector Montalbano finds all of Catalanotti’s dossiers and plays, the notes on the characters and the notes on his final drama, Dangerous Turn. It is in the theatre where he feels the solution lies.