The Cook of the Halcyon 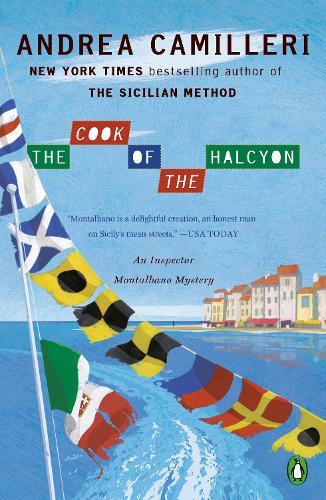 The Cook of the Halcyon

The new novel in the transporting New York Times bestselling Inspector Montalbano mystery series Giovanni Trincanato has brought ruin to the shipyard he inherited from his father and when a worker he fires hangs himself on the construction site, Inspector Montalbano is called to the scene. In short order, the inspector loses his temper with the crass Giovanni, delivers a slap to his face, and unfortunately, it won’t be the last he sees of Trincanato. Meanwhile, a mysterious schooner called Halcyon shows up in the harbor, seemingly deserted except for just one man. With its presence comes even more mysteries, another death, and the arrival of the FBI. Alongside Sicilian-American Agent Pennisi, Montalbano and his team must attempt a suspenseful infiltration operation in this new, page-turning Inspector Montalbano mystery.